Jeff Phalen’s earliest childhood memories consist of going to work with his dad, Bob Phalen, who was considered one of the top farrier’s in the country. Jeff was 18 years old when he started officially working for his father.  Working for Bob meant working at a different level than most people. Their day began before the sun rose and they often worked six days a week. Bob’s style of horseshoeing was balance, symmetry, kindness, customer service, and detail. By the age of 21 Jeff had established himself as a stand out farrier who’s farrier skills had him flying around the country shoeing the country’s top horses. At that time, no other young farrier had achieved that acclaim. However, Jeff humbly admits his success was due to the knowledge that his father had passed down to him. Jeff worked for his father for about 10 years before branching out on his own and running his own full-time farrier business. When demand for their services increased, Jeff relocated  to Northern California to provide exceptional hoof care to horses in the northern part of the state.

Here is a brief list of some of Jeff Phalen’s farrier accomplishments over the years:

Shoeing for John French “Millennium” and his horses who would help him achieve the ultimate goal of being on the Olympic team 2004 world champion hunter rider 3 years 2000, 2013, 2016 and one of the most well known rider’s in the country.

Shoeing for Meredith Micheals Beerbaum and her horse “Bella Donna” who won the 2013 One Million Dollar Grand Prix at Thermal and is considered to be one of the best riders in the world.

Nayel Nassar who has won 2 separate 1 Million Dollar Grand Prixs and will be going to the next Olympic Games.

While working on superstar horses has been rewarding, Jeff gets most of his career satisfaction from helping horses and trainers that he has known and worked with locally for decades.

At this point in his career, Jeff would like to give back to the horse community by giving clinics for horse owners and teaching them the fundamentals of hoof care. Check out his videos on YouTube and Vimeo. 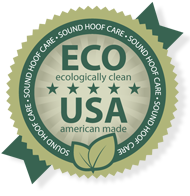